W.T. Rich was hired to manage the construction of an elementary school addition to the existing KIPP High School and complex renovation of a 100-year old former warehouse building that converted into a new modern-day High School for grades 9-12.

A new 2-story, 15,000 SF addition to the existing High School at 90 Rock Street. Space included the development of five kindergarten classrooms on Level 2 and five first grade classrooms on Level 1. In addition, alterations within the existing building took place on both levels and consisted of relocating offices and breakout rooms to facilitate corridor connections to the addition. This phase also included a new parking lot, basketball court and two synthetic turf fields among other site improvements and landscaping. The high school remained fully occupied and operational throughout construction of this phase.

Conversion of a 100-year old warehouse building into a new, modern-day high school. The existing loading dock was transformed into a new multilevel Dining Commons featuring a glass storefront overlooking the street.

W.T. Rich delivered the project with excellence – meeting every deadline, staying on budget and earning the praise of the school for our ability to minimize the impact on the school’s educational environment. 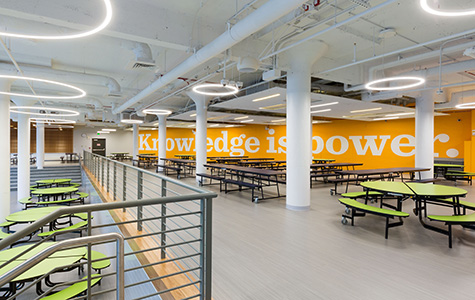 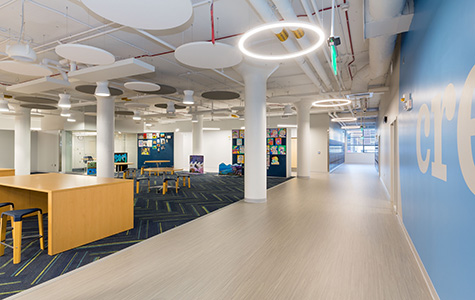 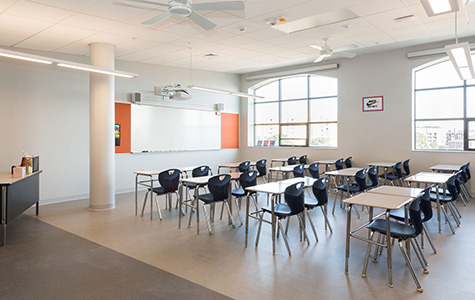 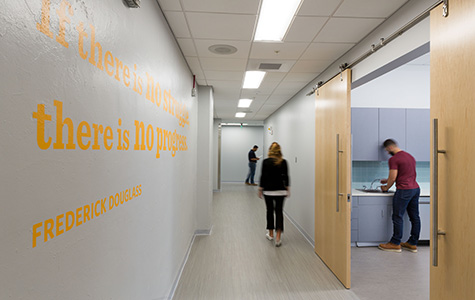 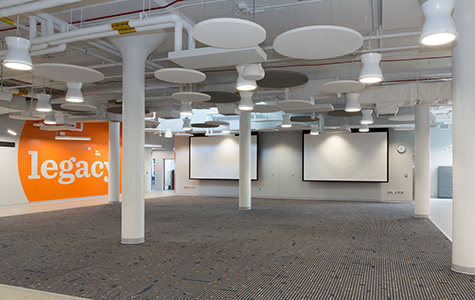 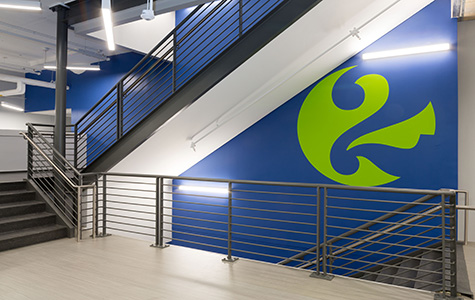 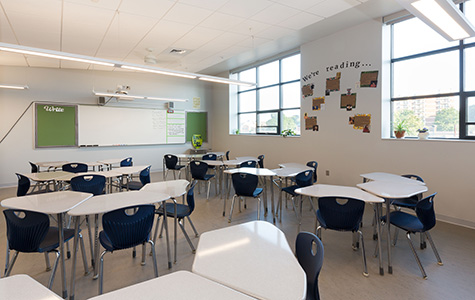