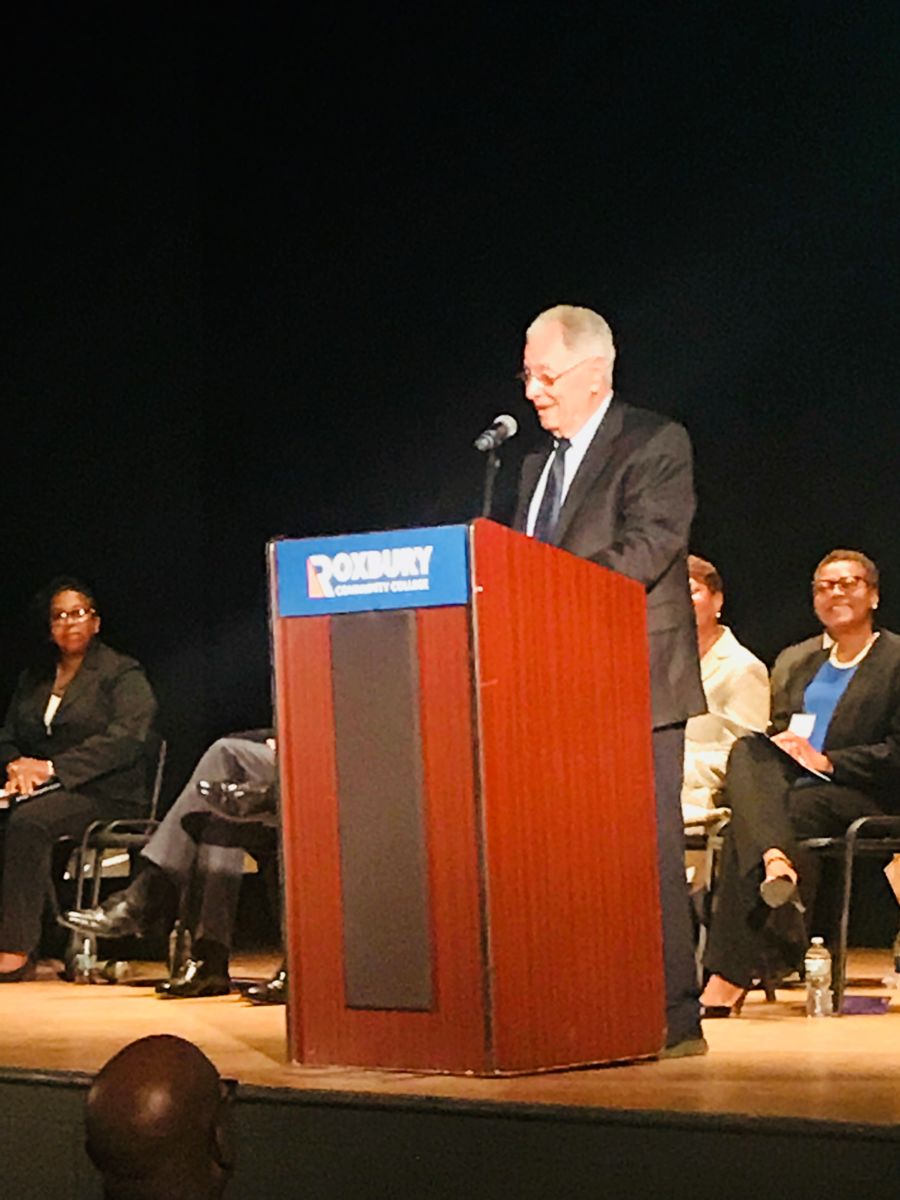 Roxbury Community College (RCC) hosted a Groundbreaking Ceremony on Thursday, October 5, 2017, at 1:30 p.m., marking the completion of substantial campus renovations, the first completed at RCC since the campus was constructed in 1985-1987.

The keynote speaker was Governor Charlie Baker. Other confirmed speakers for the event include President of RCC, Dr. Valerie Roberson; Chairman of RCC's Board of Trustees and Founder and CEO of Year Up, Gerald Chertavian; and Walter Rich, President and Founder of W.T. Rich.