The City of Cambridge, Cambridge Public Schools and W.T. Rich Company celebrated the construction of the 359,100 SF Tobin Montessori and Vassal Lane Upper Schools with a groundbreaking ceremony on Wednesday, December 15, 2021.

The new schools will replace the existing school, and will be located between Vassal Lane, Concord Avenue and Alpine Street. The state-of-the-art facility will house the Tobin Montessori School, Vassal Lane Upper School and multiple Department of Human Service programs, including Special Start, the Cambridge Public Schools’ preschool program for young students with disabilities.

Following the demolition of the existing building, W.T. Rich will deliver a brand-new structure that will include classrooms for pre-K students, K-5th grade students in the Lower School, 6-8th grades in the Upper School, and areas for after school and Community School activities.  The school will also include two gymnasiums, a 400-seat auditorium, art rooms, band practice rooms, a cafeteria, offices, parking, landscaping and play areas.

Designed to be Net Zero Ready under the City’s Net Zero Action Plan, W.T. Rich is eager to meet the City’s aspirations for being the most sustainable and energy efficient school building in the City of Cambridge.

Senior Project Manager Davida Flynn addressed the attendees in a short speech towards the end of the event, expressing her excitement for helping to bring the City’s goals to fruition.

The groundbreaking marks a milestone for the project, which is expected to open to students in the fall of 2025, and W.T. Rich is proud to have been selected as the construction manager in charge of delivering an academic building that will be defined by its inclusivity and commitment to the future of Cambridge’s young people. 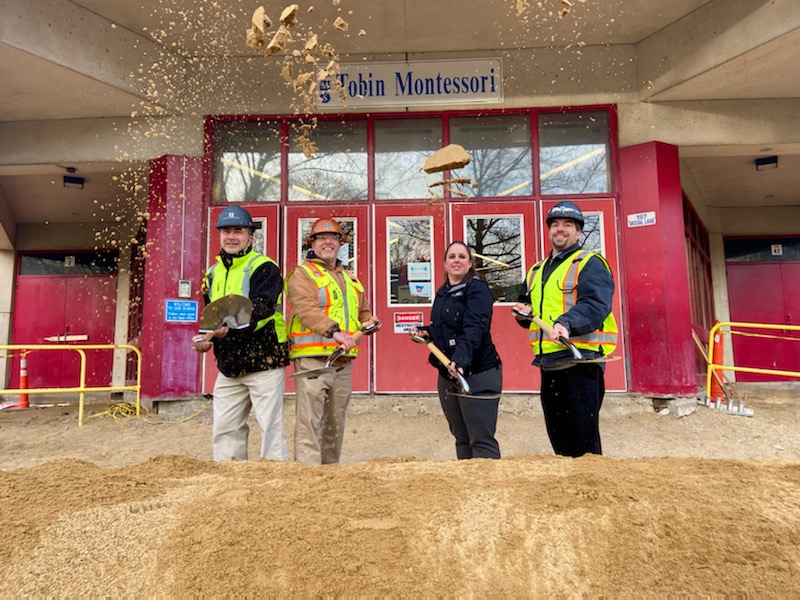